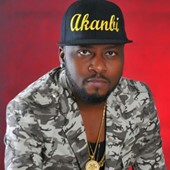 Born Owoloye Oluwabukunmi olatunde, jahbless has evolved to the quintessence of a new sound bound to establish its dominant stature, a blend of Hip Hop/Dance hall influences. He started off his career into music in 2002, as a member of a musical group called “Melodyz”, the group released its first single on radio titled “Jumoke”, which gave them ample visibility and mind share in the Western part of Nigeria. Thereafter, openings for performances in major events came through, such as the Rothmans Groove Tour, Benson & Hedges Tour and several campus shows, which led to a record deal offer that was stunted prematurely and spurred all members to unanimously seek solo careers. However, Jahbless strengthened his resolve to showcase the potential of his talent on a platform that will grant him a wider audience, in his pursuit to establish his presence in the Nigerian Entertainment circuit, in 2003 he signed up for the debut edition of Nigerian Breweries “Star Quest” (Nigeria’s biggest entertainment platform sponsors), competing alongside acts such as Asa, Nigga Raw and Samsong to name a few (who were all on the come up then). He came up 3rd place in the Zonal qualifiers in Ibadan; the Grand final was eventually won by KC Presh. In 2004 , Jahbless recorded his first single titled DIS & DAT which featured Lord Of Ajasa. The song received generous airplay on Nigerian radio stations and featured on notable club DJs play-list. This herald the beginning of his desire to venture into recording an album, which he started In 2005. Hooking up with one of Nigeria’s brilliant producers I.D Cabasa, he took out time to perfect and broaden his musical skills, by understudying the rudiments of production to enhance the mastery of his art. In 2006, JAH-BLESS established Edge Records alongside Ibrahim Okulaja , the duo worked on 9ice's first album "certificate", one of the musical masterpieces that collaboration brought about, was the hit record “Ganja Man”. 9ice ft Jahbless. In 2009, Jah bless’s first album “Rebirth” was released, the album created Jahbless’s space in the Nigeria music industry, showing a rare talent and highest points of versatility, in 2011, platinum selling award winning sophomore album was released titled “Over Ground”, The album bagged several awards, Joor remix, one of the hit singles on the Over Ground album won Hip-hop Awards (Headies) best collaboration song of the year , the album also won City People Best Afro hip-hop album of the year. Presently Jah Bless is in the studio preparing his third album which has the single Go down with over 200 thousand downloads, the third album is titled ”IaMMe” is set to be release this year.