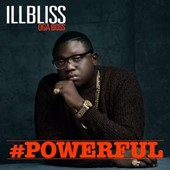 Tobechukwu Melvin Ejiofor (born 30 December), popularly known by his stage name ILLBLISS, is a Nigerian rapper/ hip-hop recording artiste, stage performer, businessman and owner of the talent managing outfit known as 'The Goretti Company',company responsible for launching the careers of Chidinma and Phyno, among others. Also popularly known as Oga Boss, he has received many nominations and won awards, the most notable being the award for Best Hiphop Video (for the hit "U Go Wound O!!") at the 2008 maiden edition of the Soundcity Music Video Awards. This award was presented to him by the American hip-hop star Nas and it was a huge moment for iLLBLISS as he had not yet released his debut album. His debut album, DAT IBO BOY, which dropped in 2009, contained the massive hit, "Aiye Po Gan! (Enuf Space)". As head of CAPital Hill Music, he officially signed on artistes such as Chidinma, Tha Suspect and two new acts: Mz Kiss and Fefe, Ejiofor is also a managing partner at CAPital Dreams Pictures, which he runs with multi-talented and award winning videographer, Clarence Peters. iLLBLISS is happily married. Tobechukwu Melvin Ejiofor, based in Lagos, Nigeria and originally from Nkwerre, Imo State, was born December 30 in the 70’s. Ejiofor was a member of the now defunct Hip Hop Group - Da Thorobreds. The group, consisting of other notable hip hop artistes such as Elajoe, Obiwon and B-Elect, copped the award for the Best HipHop song by a group/duo at the 2006 maiden edition of Hip Hop World Awards for the massive radio hit "Streethop". In 2008, iLLBLISS won his first major award as a solo artiste at the Sound City Music Video Awards (SMVA) for Best hip hop video, with his song "U Go Wound O!!" The award was presented by American hip hop veteran Nas. In 2009, he released his debut album DAT IBO BOY, which spun massive radio hit singles such as "U Go Wound!!","Dat Ibo Boy" and "Aiye Po Gan! (Enuf Space)". iLLBLISS was nominated under three categories for the 2010 Hiphop world Awards including Best Rap album and Best collaboration. In the same year, he adopted an executive approach towards the music business by setting up an artiste management firm called The Goretti Company, responsible for moulding and launching the music careers of MTN Project Fame winners: Mike Anyasodo, Chidinma, Monica Ogah and Ayoola. In 2011, iLLBLISS returned to the studio to commence the recording of his sophomore album titled OGA BOSS , the much anticipated album which dropped late November 2012 and the first two singles "Anamachi Kwanu" and "My Heart Beats" enjoyed massive airplay. The video for "Anamachi kwanu" caused quite a stir and remains one of the top videos in Nigeria presently, as it went on to win Best Hip-hop video at the Nigerian Music Video Awards (NMVA) 2012. OGA BOSS received awesome reviews from industry pundits and Naija music fans in general, it was nominated as the Best Rap album at the 2013 Headies, also doing great figures in the market. The album features collaborations with artistes such as Timaya, Naeto C, Ice Prince, Silvastone (U.K. artiste), Chidinma, Phyno, Del’ B, Banky W, WizBoy, Tha Suspect etc. iLLLBLISS announced an August 2014 release of his new album offering titled #POWERFUL following the release of the title track "Powerful" late last year. Single "WTF!!!(Aretheysaying)" was received with rave reviews on release, playing on major radio stations and clubs across Nigeria and then BANK ALERT garnered even stronger accolades with buzzy rappers Ice Prince, Eva Alordiah and Phyno jumping on it to do the remix. iLLBLISS got into a Joint Venture; CAPital Hill Music/Goretti Co. with Clarence Peters for the release of his sophomore album, as well as new music from Tha Suspect, Chidinma and Phyno. In the Fall of 2013, he was in and out of the studios. When not supervising the recordings of the newer acts under his wing, he was working on new tunes for another album release. With his partner, Clarence Peters, he has shot more videos for his OGA BOSS album including "Emi Ni Baller" (which was released as Chidinma’s single), "I Am Sorry", "Naalu Ekene" and "Illyminate". iLLBLISS planned a 2015 mid-year release for the album, #POWERFUL, after pushing back its release date to finish production and tie-up distribution for digital and physical sales, giving him time to sign-on and release music from new acts, Fefe and Mz Kiss, under the CAPital Hill Music/The Goretti Company venture. Early June 2015, an all-star CAPital Nation collaborative tune with video featuring iLLBLISS, Tha Suspekt, Chidinma, Fefe and Mz kiss, titled "Finally (Adekunle)" was released in June 2015 and it has received much praise since it hit airways.

Is It Your Money? Illbliss