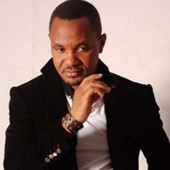 Slam, who took time off for a while to acquire a Master’s degree in Marketing in London, United Kingdom, said he has been working on the piecenfor some time. The musician, who hails from the eastern part of Nigeria, has a unique talent that has made movie producers use him to create outstanding soundtracks. Some of the top cinema Nollywood blockbusters such as Bursting Out, Kiss N Tell Reloaded , Guilty Pleasures, Okon in Lagos, I'll take my Chances and many more have had the touch of the magnificent, SLAM. A The Multi-talented Artist (songwriter dancer, M.C. and producer) also works in a one of the top PR firm in Nigeria ''The Quadrant Company '' with such a busy schedule and long recording session he finds time to drop a single whilst waiting to put final touches in the forth-coming album. The artist who just came back from The Gambia after performing for the Miss West African International last year survived a terrible accident that would have caused him his life around Rivers State when he went out for an Official duty.