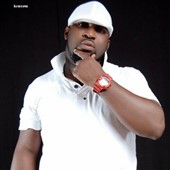 Nnenna Okechukwu Emmanuel, popularly known by his state name Slowdog, is a Nigerian-born singer, rapper and songwriter. His style is more of comedy rap. Slowdog was born into a family of 6, consisting of threee boys and three girls. He hails from Oyi Local Government Area in Anambra State. Slowdog grew up in Enugu State where he schooled and also studied Marketing in the Institute of Management and Technology (IMT). His musical quest started in 1994, 2002 saw him in the industry with a group called Dodge & Slowdog (DSD) with their debut album titled “Xposed Piracy. In March 2017, Slowdog released the remix of his hit single titled “Testimony” which featured Phyno & TJ.