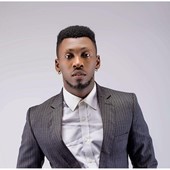 Esegine Allen (born 28 March 1986), better known by his stage name Orezi, is a Nigerian musician from Delta State. He rose to prominence with his song "Rihanna" in 2013. Esegine Orezi Allen was born in Owhelogbo, Isoko, Delta State, where he grew up with his family. He is the first of five children. He attended the Command Secondary School in Abakaliki. He graduated from the University of Lagos and completed the mandatory one year NYSC program. Orezi began his music career in early 2009. He has worked with several producers, including Kiddominant, Del B and Dokta Frabz. Orezi's first musical release was "I No Fit Lie". The music video for the song was shot in South Africa. When the song was released and sent to radio stations across Nigeria, it received great acknowledgement from the public. The song became Radio Continental's theme song. Subsequently, Orezi headlined a show named after the song. The show was organised by the Continental Broadcasting Services (CBS), owners of Radio and TV Continental.