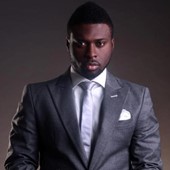 Born David Adoga in Kaduna State (north side of Nigeria), Overdose or OD as he his fondly called began loving music since the days of ‘Thriller’ by Michael Jackson and ‘Candy girl’ from New Edition. Growing up with 6 siblings, he went through primary and high school in the same town of his birth. He worked as a radio DJ on local radio stations in the capital city Abuja and Jos. He got introduced to rap in ’95 by a home boy, did some time studying the art form, began writing his own lyrics in ’98, practiced through to 2001 when he hooked up with a label and got offered an opportunity to record an album, did some videos in the process that enjoyed airplay on local TV stations in Nigeria but later left the label when the album was not released. The name OD from the pharmaceutical term ‘overdose’ is simply a metaphor that’s used to describe the nature of his lyrical delivery. Overdose is currently signed to X3M Music, a label founded by Steve Babaeko.