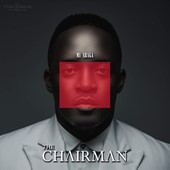 Jude Abaga (born 4 October 1981), known professionally as M.I or M.I Abaga, is a Nigerian hip hop recording artist, songwriter, and record producer. He has been the Chief Executive Officer of Chocolate City since June 2015.He won Best Hip Hop and Best New Act at the 2009 MTV Africa Music Awards, and was nominated in the Best International Act category at the BET Awards 2010. He rose to prominence in 2006 when his song "Crowd Mentality" became popular in his hometown of Jos. His critically acclaimed debut studio album, Talk About It, was released on 11 December 2008. The LP was succeeded by M.I 2 (2010). Four years after that, he released his third studio album titled The Chairman. Jude was born in Jos, Plateau State. His parents, Pastor and Mrs Abaga from Takum, Taraba state, both of Jukun-Nigerian descent. He attended Baptist High School, Jos where his mother purchased basic music notations and later, a 7-key mini piano which launched him into the music world. Jude has two brothers, Jesse Jagz who is also in the Nigerian and African music scene, and Jason Abaga. During Jude's adolescence, he would listen to tracks from Lauryn Hill, Bob Marley, Sarah Maclachlan, Pablo Neruda, Jay-Z and DMX. Jude's venture in the hip hop world started with the sampling of musical works from DMX and Lauryn Hill as early as 1998. After his stint at Calvin College,Michigan, US, he delved into poetry while pursuing a career in Business and Economics. There, he performed regularly at the school's major hip hop shows and concerts. His impressive rap flows and attitude gained him a third-place finish at the Calvin College show tagged 'HipHopera' in 2003, which was actually the only "hip hop show" that Calvin College ever had. M.I. also made some amateur attempts at comedy, but decided to stick to music because he was embarrassed when nobody laughed but him. Jude began his music career when he returned to Nigeria in 2003. Finding his place in an industry dominated by the likes of Modenine, Ruggedman and Eedris Abdulkareem, he quickly commenced the production of mixtapes with his friend Djinee. This led to the critically acclaimed single "Safe", (a song which he parodied popular Nigerian songs in its lyrics) which gathered impressive airplay by African radio and music video stations such as MTV Vibe. The track also earned him awards at the Nigerian Music Video Awards, City People, N.E.A among others. The hype surrounding the release of Safe led to the critical acclaim given to his first studio album titled Let's Talk About It and was rated 8.5/10 by Oye Akideinde of 360nobs The album gathered awards such as Musician of the Year (Modemen Awards in 2008), Best Hip Hop Artist (City People Awards). His first mixtape was PYERIBOY. He later went on to bring out a sample mixtape titled: ILLEGAL MUSIC in 2009, in which he fully exploits his lyrical prowess. The mixtape was followed by Illegal Music II which was released in 2012. Back in Jos Nigeria, he teamed up with his brother,Jesse Jagz, IcePrince, Ruby, Threadstone, Lindsay, Moses (Elbulk), E kelly to form LOOPY MUSIC. M.I was later signed to the Chocolate City company, a renowned music label in Nigeria, which made him move from Jos city to the nation's capital Abuja and also influenced the beginning of his successful career in the Nigerian music industry. He has also received international recognition in South Africa from the popular Channel O music Award, MTVbase Awards and also the American BET Awards. A proficient producer, lyricist, songwriter and instrumentalist, M.I has been described by DIV as the future of African hip-hop. He has produced and featured on the works of artists like, Don Jazzy, Threadstone (Nigeria's first rock band ,Kel, Djinee, Shifi (Styl Plus), Jesse Jags, Ice Prince, Ruby, Lindsey, Leony, Wizkid etc. He also runs a production company, Rytchus Era Productions with his brother Jesse Abaga (Jesse Jagz). In 2013 he was appointed by Nigerian telecommunication company Glo Mobile as a brand ambassador alongside other Nigerian artistes like Omawunmi, Burna Boy etc. He was also a judge in Glo X-Factor, the Nigerian version of the reality singing show in 2013

Talk About It MI

You Rapper Should Fix Up Your Lives MI

The Viper (Letter To Vector) MI

Ricky Tyler – Mine And Yours Ft. M.I Abaga MI