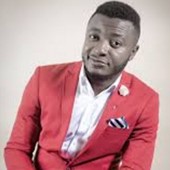 Innocent Udeme Udofot (born 2 May), better known as MC Galaxy, is a Nigerian singer and songwriter. He rose to fame after winning Davido dance competition in 2012. He has worked with Tspize, Swizz Beatz, Uhuru and Shizzi. He currently has his own record label MCG Entertainment. On 19 March 2014 MC Galaxy released his first single, "Sekem", under his ilabel MCG Entertainment[3] and the video was released on 23 June 2014 and the video was directed by Patrick Elis.[4] and video hit over 4 million plus view on Youtube and the remix was released 2 years after featuring Swizz Beatz. In 2015, MC Galaxy was arrested for allegedly assaulting his tour manager.

On Your Mark MC Galaxy