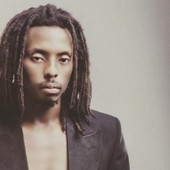 Eric Isaac Utere popularly known as LeriQ is a gifted 26 year old producer and sound engineer, He is the first born of a family of six boys, born in Rivers State but hails from Akwa Ibom State. LeriQ Started producing at the age of 13. The love of art and the undoubted creativity in his home also brought about his love for musical sounds. His Dad, a renowned stage designer and artist, his brothers, one a video director another a singer/dancer. Leriq on the other hand channeled all his energy into making music. LeriQ is currently Signed to the Aristokrat Records and has produced all the works released by the Label. This rare sound is bound to blow the minds of music lovers. SONY MUSIC ENTERTAINMENT AFRICA is proud to announce they have signed an exclusive deal with Aristokrat Records to release LeriQ’s debut album THE LOST SOUNDS! LeriQ’s first three singles “Comment Tu T’appelle” featuring Burna Boy, Dammy Krane, Ozone & Mojeed, “Turn Up” featuring Burna Boy & Phyno and his current hit single “Say You Love Me” featuring Wizkid are a sign of what to expect from The Lost Sounds album dropping this August! The album features heavy weight African artists such as 2face Idibia, Wizkid, Cassper Nyovest, Naeto C, Nneka, Wande Coal, Burna Boy, Phyno, Pucado but to name a few.