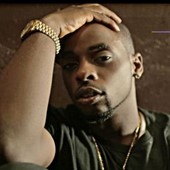 The multi talented IGHO was born in 28 of September in Lagos. He grew up and went through school both in Lagos and the United Kingdom. At the age of 17 he founded a group called immaculate which consisted of six members and went on to produced their hit song (roc da party) which he also directed the music video for the song which was the first music video to get constant airplay on channel O. three years later he went on to study at a well renowned film school in southern Africa, there he got a record deal with Sony bmg as a member of the hip hop group” Da Pyramid” where he produced the song “Never be the same” which held the number one spot on south Africa metro fm for 6 weeks, a record at the time. He claims title to producing a track call “Verbal massacre” produced for dj khaled on his recent we the best album. His works include an audio production for two albums for Sony bmg SA, he directed music videos for faze from plantation bozy, IV for Maye, which received three channel O nominations including (Video of the year) received nomination for his own video best newcomer (channel o awards). He’s also directed videos for Dbanj, Terry G, Sammie okposo just to name a few. (Google is still your friend). His first solo single 9ja boy(I doubt if anyone can even remember that song sef) created an incredible buzz (The guy fine for that video ehn.. e even use girls wey get beta #UKWU to shiw say 9ja no dey carry last.) and was nominated best newcomer for the channel o awards but lost to a video which was also directed by himself.