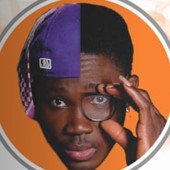 ClassiQ DjFAZE real names are PRINCE ADENIYI B. DADA. He hails from Odogbolu Local Government in Aiyepe, Ogun State, Nigeria. He was born on April 29th 1980’s. Growing up for Him was an exciting experience from his Primary School, Secondary and Tertiary Education. He attended ST. JOHN’S CATHOLIC SCHOOL for His Primary Education, OKUN-OWA COMPREHENSIVE HIGH SCHOOL for His Secondary Education and He Has Diploma in Computer Science in UNILAG in 2001. Professionally He started Disc Jockey in the year 2004, during which he worked with GRAND MASTER LEE (GML) ENTERTAINMENT. And has also played in several Clubs/Radio Stations. He has played in top world class shows that featured International Artiste R.kelly, at the Star-Mega Jamz in 2010 edition, at Abuja which also had other top Nigeria music Artiste like the Choc Boiz, Timaya, Juke Box, Faze, and Sound Sultan, He played at the MTN FASHION SHOW 2011, Lagos Carnival and other shows like chat Buster party, Sound Sultan Album Launch and GML Awards, Only to mention a few. ClassiQ DjFAZE is the CEO of FLAME BEATZ ENTERTAINMENT, An entertainment company that is very versed In entertained. Flame beats entertainment is into music production, artist and event management, music promotions, entertainment consultancy, production of music videos, editing and graphic works. One of the most outstanding and valuable work by ClassiQ DjFAZE is the remix He did for top Nigeria artists and upcoming acts. That lead to the name He is foundly known and called in the industry (PIPER OF REMIX) He plays at event like weddings, Birthdays, Album Launch, and other events that relates to music and Disc Jockey. Dj Faze is a profiled DJ with an awesome performance at every event played. He is one of the few Dj’s that has the zeal to do what a Remarkable DJ should do.